Anthony Nelson knows more than anyone that nothing worth having comes easy.

After headlining sky sports to almost having to give up on his dream due to lack of sponsorship, he has still come out fighting. 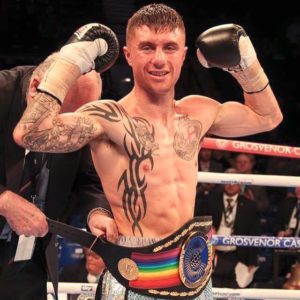 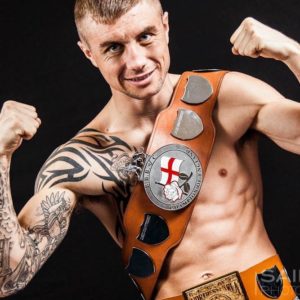 It wasn’t until Anthony was 20 that he began boxing. He said “I started as an amateur at Horsley Hill. During my 30 fights, I boxed many top amateurs and won the northern area super bantamweight title belt and won the National ABA novice championships”

‘Nella’s’ last fight was a toe-to-toe war with Jamie ‘The Mexican’ Conlan which went on to win Fight Of The Year which, unfortunately, he lost.  Following this, due to lack of sponsorship, Anthony had to return to full-time work to support his family and was unable to train.

Now he’s back and promises to be better than ever!

When describing his greatest achievement, Anthony said: “Without a doubt, the most stand-out moment of my career to date was headlining a sky sports show in my own town which featured Heavyweight Champion of the world, Anthony Joshua, and then winning the Commonwealth title”. Impressive by anyone’s standards!

After reading about the benefits of CBD and noticing many other athletes using it Anthony decides he would give it a go. He said: “I’m a real health conscious guy, and all I keep reading about are the positive effects of CBD”

“Training can be very intense and effects you physically and mentally, even more so when you pair the two with dieting and training in a calorie deficit. So when I’m not training I like to try and just rest and relax to allow my body and mind to recover and prepare myself for the next session. CBD really helps me with all of this.”

Later in this year, Anthony aims to fight for the Lord Lonsdale Super Flyweight British title, a belt that every fighter dreams of winning.