The big blog of Hemp facts

The big blog of Hemp facts

Hemp, it’s an ancient plant! Infact, it’s one of the oldest cultivated crops on the planet.

It has been in continuous use by human civilization since at least 10,000 years ago and carbon tests have actually suggested that the use of wild hemp dates as far back at 8000 B.C

Cannabis has been found on every single continent on the hemisphere, and more than likely, it was used long before it’s first ever recorded uses. A piece of hemp fabric is one of the oldest artefacts that’s ever been found on earth.

In 1977, Carl Sagan, an American astronomer, astrophysicist, and astrobiologist, suggested that marijuana may have been the world’s first agriculture crop, leading to the development of civilization itself.

It’s mind bowing stuff, so, we thought we would write a blog post about some of the amazing facts about hemp.

There at LEAST 30,000 known uses for hemp-and the list is still growing… 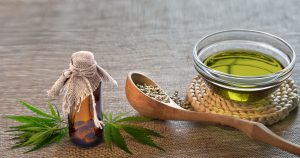 Whether you wear it, turn it into paper, or eat it, we hope this article has convinced you to give hemp a try.