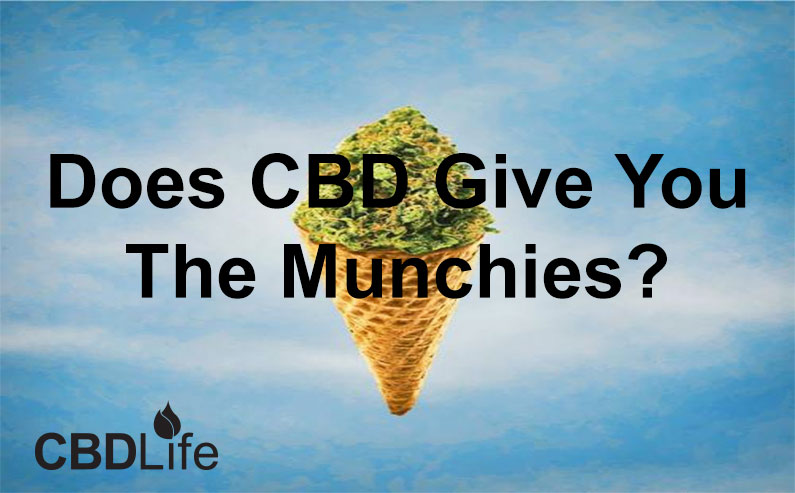 Does CBD give you the munchies?

It’s a well-known fact that the chemicals in cannabis can play tricks on your hormones-making you feel like you could eat everything in sight, even though two minutes ago, you weren’t hungry at all.

This is because cannabis causes the brain to produce chemicals that transform the feeling of fullness into a hunger that is never quite satisfied.

Scientists have proven that the sudden urge to eat after smoking is caused by cannabinoids hijacking brain cells that normally suppress appetite.

Cannabis contains chemical compounds called cannabinoids and they are responsible for signalling to you whether you feel hungry or full.

Marijuana is a sensorial enhancer or amplifier. We smell more, and we taste more. It’s even been known to influence vision and hearing.

So then, what are the munchies?

Well, the munchies refer to all the above-basically, the extreme hunger you experience when you are stoned.

Normally, when you’ve had enough food, your body and brain will send signals back and forth, so you get the message to stop eating. Cannabis gets in the way of all that.

So, you ask, if you are using CBD products will you get the munchies too since it is derived from the cannabis plant?

Nope! You categorically will not get the munchies from using CBD.

CBD dominant products (meaning high CBD and low THC) will rarely affect your appetite. The reason cannabis gives you the munchies is because it is high in THC (the part that’s illegal and makes you stoned). Since CBD contains less than 0.2% THC it’s not only legal, doesn’t make you stoned but it also doesn’t make you want to eat yourself into oblivion!

CBD does not work directly on the CB1 receptor like THC and does not have the same strong effect on appetite.

Also keep in mind that while CBD does not directly influence the endocannabinoid system to stimulate hunger, a healthy appetite might occur anyway from using CBD.

Regular weed has a twofold effect, thanks to the compounds THC and CBD. The former is the psychoactive component of marijuana, which accounts for euphoria, lethargy, the munchies, and the rest. CBD is the other, mellowing part of the high.

Who is Professor Raphael Mechoulam?

What is THC and how does it work?

April 17, 2018
We use cookies on our website to give you the most relevant experience by remembering your preferences and repeat visits. By clicking “Accept”, you consent to the use of ALL the cookies.
Cookie settingsACCEPTREJECT
Manage consent