David Mclaughin knows all too well that nothing worth having comes easy.

After spending six years on the domestic scene then working his way up the amateur ranks he went on to make the top 5 of The UK and Ireland’s top fighters. Now, he plans to do the same again…but this time, making it to the very top of the professional ranks. 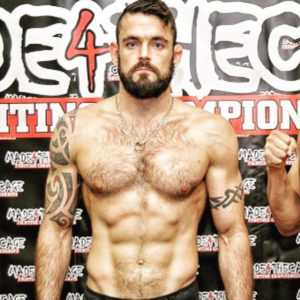 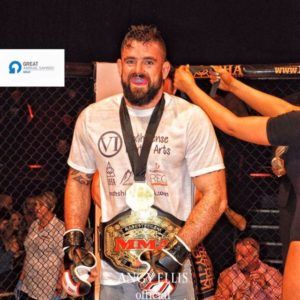 The family man from Hebburn, Tyne and Wear, first found his passion for mixed martial arts ten years ago after he tried Jiu Jitsu aged 19. His love for the combat sport spiralled from there, going on to win the TFC welterweight title, winning and defending The Made4TheCage welterweight title and then even bagging himself a trip to train at Tiger MMA Training Camp in Thailand after winning the EIKO tournament.

Davie first heard about CBD Life UK through a friend. He said: “I was first contacted about using CBD after a mate of mine seen my posts on social media about my aches and pains as a result of my training regime”

“Since using CBD Life UK products I no longer take pain medicine like paracetamol or ibuprofen or use any medical gels. I no longer need any sleeping aids either. It’s been amazing especially with helping me to relax which is something I’ve always struggled to do. I use the CBD Life UK capsules, spray, and vape. Diet permitting, I also occasionally have the gummy bears.”

It’s the buzz that twenty-nine-year-old Davie has always enjoyed the most throughout his sporting career. Learning about what the body is actually capable of doing-pushing himself to the extremes to really see what he can do.

He said: “I think it’s so important to treat your body well. Clean diet, regular massages, lots of rest and making sure you find the right supplementation are all really important. I’m happy to have finally have found a supplement which is therapeutic to both body and mind like CBD is.”

After a slow year due to injury, Davie is fighting this Saturday 25th November at Made4TheCage and he fully intends on making his mark on his division in 2018. A year that he thinks with be huge for him and his team SBG, South Shields.