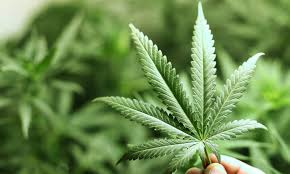 Is the UK the world’s biggest exporter of legal cannabis?

Remember in March, when we posted a news article stating that the UK was the world’s largest producer and exporter of legal cannabis for medical and scientific use, according to a report from a UN body?

The report read that the UK produced 95 tonnes of legal cannabis in 2016, more than double the total of the previous year, reveals the UN’s International Narcotics Control Board. This accounted for 44.9% of the world total.

This morning, a BBC headline reads: Is the UK the world’s biggest exporter of legal cannabis? In addition to the new article challenging information they published in March, they have also included the line “British Sugar – whose managing director is Paul Kenward – has an exclusive deal with pharmaceutical company GW, which makes Epidiolex.”

Mike Harlington, Chairman of The Cannabis Trades Assocation has also pointed out the deal isn’t exclusive. In actual fact, British Sugar are one of around 40 growers around the UK for GW.

Read the full article below… 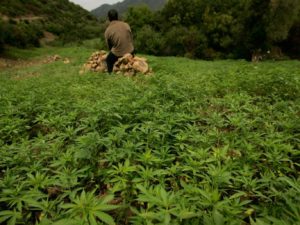 Is the UK the world’s biggest exporter of legal cannabis?

As the UK hosts a summit on the state of medical cannabis in Europe, BBC Reality Check asks – does Britain really export more legal cannabis than any other country?

The UN’s International Narcotics Control Board (INCB) says the UK was the main producer and exporter of medical cannabis in 2016. The majority of it ended up in the US.

But virtually all of that is one drug – Sativex – used to treat muscle stiffness and spasms in people with multiple sclerosis. The Home Office doesn’t define it as cannabis – but the INCB does.

It’s based on two compounds from cannabis plants: cannabidiol (CBD) and tetrahydrocannabinol (THC) and does not make people “high” at the prescribed dose. Sativex is available throughout the UK but only provided free on the NHS in Wales.

Cannabis, along with many of the more than 100 chemicals it’s made up of, is a controlled substance – possession and supply are punishable with fines and imprisonment.

While THC is the psychoactive chemical- the one which at a great enough concentration produces cannabis’s typical “high” – CBD is neither psychoactive nor a controlled substance.

Cannabis is also being grown legally in the UK for another medicine, Epidiolex. This CBD solution is currently being reviewed for the treatment of the form of uncontrollable epilepsy suffered by Alfie Dingley, by medicine agencies in both the US and Europe. But it’s not yet available.

The specially bred type of cannabis plant used to make it is grown in a glasshouse in Wissington, Norfolk, by British Sugar – which also grows virtually all of the sugar beet in the UK.

She was accused of “hypocrisy on a grand scale” over her husband’s involvement in a legal cannabis farm. She declared the interest in Parliament when she was appointed in 2017 and excused herself from speaking for the government on cannabis.

What are your thoughts?