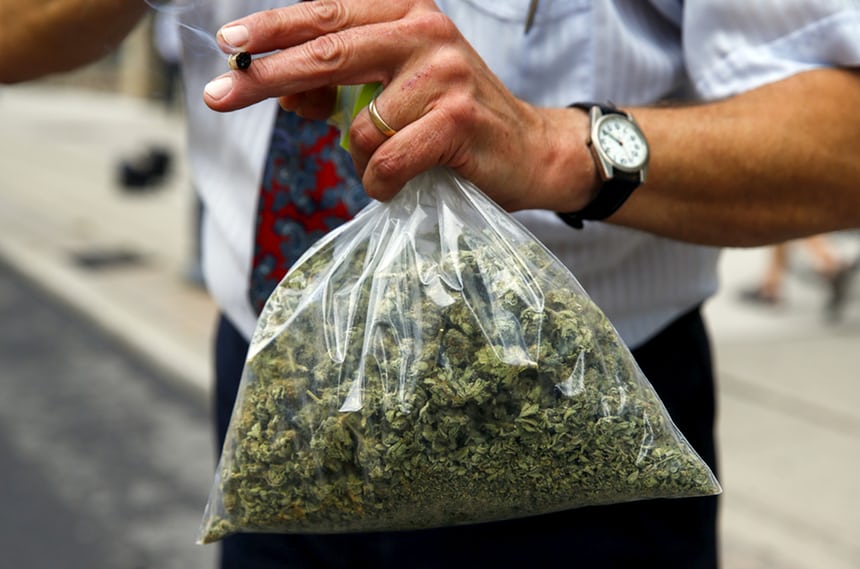 Health Poverty Action says legalisation not only profitable, but safer…

Health Poverty Action, an international development organisation, claims that legalising the class B drug would have many benefits, including extra revenue to fund the NHS.

The study estimated levels of tax income assuming the hypothetical cannabis market worked in a similar way to the UK alcohol and tobacco markets in terms of taxation.

It said a “conservative” estimate of yearly cannabis duties would be nearly £2bn if the drug were taxed at the same level as alcohol, or £3.5bn if tobacco taxation levels were applied.

The study also references US states that have decriminalised cannabis, stating that “Colorado – with a population only slightly larger than Scotland – raised $247m (£179m) from new cannabis taxes and licence fees in 2017 alone”.

Martin Drewry, Director of Health Poverty Action, said: “This week Canada will become the first G7 country to vote to legalise and regulate cannabis, it is clear that the war on drugs has failed and that responsible regulation protecting public health is the way forward.

“And with the NHS on the brink this kind of tax revenue is hard to ignore. The time has come for the UK to catch up with this global shift – we really cannot afford to be left behind.”

An interview with the Cannabis Trades Association UK Chairman

CBD oil use in the UK doubles in a YEAR

November 21, 2017
We use cookies on our website to give you the most relevant experience by remembering your preferences and repeat visits. By clicking “Accept”, you consent to the use of ALL the cookies.
Cookie settingsACCEPTREJECT
Manage consent