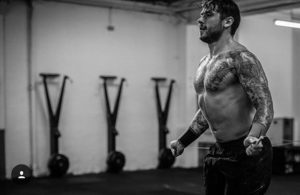 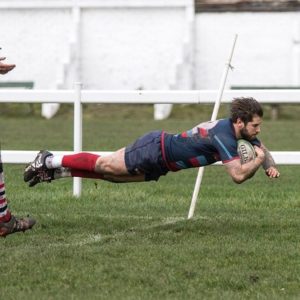 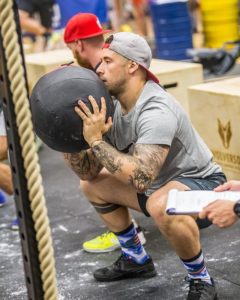 If he’s not lifting weights in the gym, he is scoring tries on the rugby pitch, but things weren’t always like this for Michael, 26, from South Shields. He said: “As a young kid I never had any interest in exercise, I was a little fat kid that refused to do anything physically challenging.”

It wasn’t until secondary school that Michael began to take an interest in sport. He said: “I was introduced to Rugby first, and started playing for Westoe and since then, it’s always stuck with me and it probably will for the rest of my life now”

“When I was 18 I started training regularly at the gym and from there, began Crossfit. That’s where things really took off and I’m now competing at a high level in both sports.”

In such a short space of time, Michael was entered into two professional Crossfit competitions, and, from that moment, he’s never looked back: “The first was an individual competition and with it being my first I was happy with the outcome, but it showed what I needed to work on”

“My second was a partner comp again with a solid set of athletes taking the floor. This competition proved to be an improvement from my previous and I placed even higher”

“I love Crossfit because It is always changing with the constant introduction of new movements and equipment, so it never gets boring or repetitive. The best thing is the constant challenge, it never gets easier you just get faster and stronger.”

It’s no secret that anyone who signs up to sports like Crossfit and Rugby, are also signing up to their bodies taking one hell of a battering. Michael said: “I heard about CBD and the benefits a little while back.  I had always been interested to see if it would help with recover. Also, I wanted to get a better night’s sleep, so my muscles can repair better. I was introduced to CBD Life UK recently from a friend.”

The Trainee Account describes his favourite moment of his career so far as the seconds before he was about to compete in his first Crossfit competition. He said: “The adrenaline and excitement pumping through me was just through the roof.”

We haven’t seen the best of Michael yet, and his sports set-up for 2018 is already looking good. Although the rugby season hasn’t yet finished, he will be training hard ready for more Crossfit competitions in the new year… the best is yet to come!