He was tired of kicking around on the streets, so he gave it a go and it became his addiction. Now he holds an impressive professional MMA record and is teaching other to achieve the same… 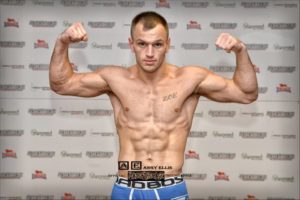 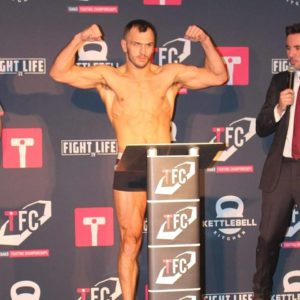 Paul Cook is a professional mixed martial arts competitor and person trainer from Jarrow, Tyne & Wear. His interest in MMA grew after seeing the combat sport in action on the floor of his local gym. Within a few weeks Paul had found a club named the Bear Pit and his MMA career took off. He started off as an amateur and within six months had a record of 4-0-0. With the help of his coaches Paul decided to turn semi-professional and won three fights.

Although Paul is still an active MMA competitor he says tell injuries have played a massive part in his career. He said: “With regard to my professional career I feel as though I rushed into it. I’d only been training about one and a half years when I went pro. It went really well at the start with a record of 10-0-0.”

He said: “I first heard about CBD Life UK through a friend. I can honestly say it has helped me massively with my injuries both old and new. I find it works wonders for my concentration and since I have started taking the products I’m sleeping a lot better”

“I use pretty much all of the CBD Life UK. I vape, use the spray, the capsules and since they’ve introduced the gummy jelly bears with CBD in I have been eating them as well.”

When talking about the most stand-out moments of his career so far Paul said: “My favourite moments in my career haven’t been in fighting-although I have really enjoyed it it’s been the people I’ve met throughout the journey.”

With an impressive professional record of 15-6-1- who knows what comes next for Paul Cook.