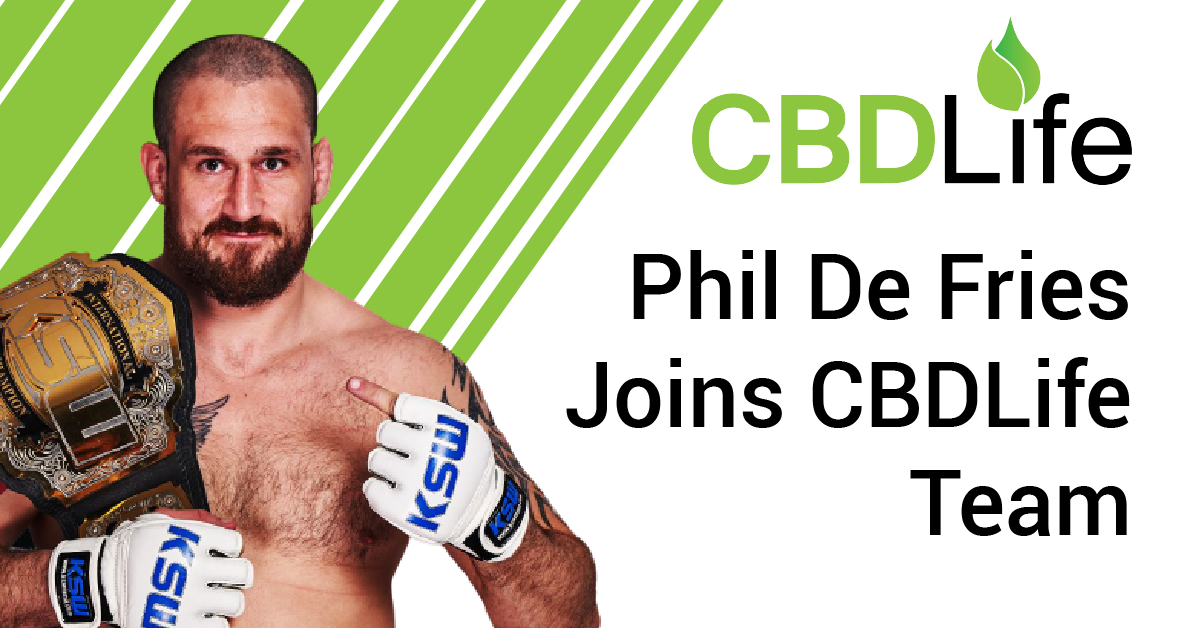 Having made a name for himself in the domestic scene, De Fries competed in the UFC before finding home at Polish promotion KSW. In his first bout for KSW, he faced Michał Andryszak for the vacant Heavyweight title. After 3 and a half minutes, De Fries stopped Andryszak and was crowned the new KSW world heavyweight champion.

Phil is currently KSW’s winningest heavyweight champion and is on a staggering 8 fight win streak!

Discussing the partnership with us, De Fries said:
“I chose to go with cbd life because I’ve heard great things about them and I know a few of the guys personally and they are just a bunch of good guys .

“I was really impressed with their operation also and their line of products also the cbd stuff from them is great and I think most other companies just buy from them stick their own label on and hike the price haha!

“Also love the fungus based products like the cordyceps and lions mane are great . Just had taken some products and they are strong too!”

Simon Dusher, CBDLife’s Managing Director said:
“Phil is an athlete that has been on our radar for some time now and we are thrilled he has decided to join the CBDLife team.

“We are always looking to work with local talent and Phil has flown the flag for the North East both domestically and internationally for the last 12 years, competing across some of the biggest MMA promotions in the world.

“We are hoping that with Phil’s involvement, more people than ever before will hear about our wide range of wellness products”

Phil joins our ever growing team of determined, driven and high performing athletes who use CBDLife products for numerous reasons.

How to Make your own CBD Edibles

5 Ways To Save Money With CBDLife!

August 6, 2020
We use cookies on our website to give you the most relevant experience by remembering your preferences and repeat visits. By clicking “Accept”, you consent to the use of ALL the cookies.
Cookie settingsACCEPTREJECT
Manage consent