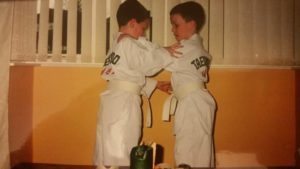 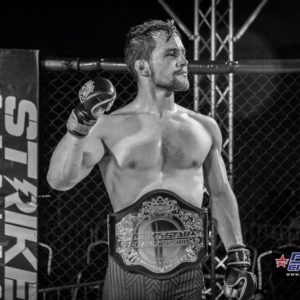 What sets mixed martial arts fighters Richard and Tom Mearns apart from the rest is the fact that they are twin brothers. When one wins, they both win.

At the age of eight, both the boys began Taekwondo lessons and from that moment on there was no stopping them. At 17 Richard then took up the combat sports Muay Thai, loving it so much that within a year he was competing. He said: “I really enjoyed watching MMA on TV and could see more career opportunities in the sport, so I started to train MMA as a hybrid system to broaden my skills and knowledge so that I could compete in the cage”

“As a kid, I was always been attracted to the glory of combat sports. I was naturally drawn towards MMA so I guess for me this has always been the dream.”

Richard first heard about CBD Life UK on social media after doing research on CBD and hearing about the benefits. He said: “I find that CBD Life UK products have been helping me most with sleep which is vital for the body’s recovery. I’ve noticed the CBD Life UK products also have positive effects on my central nervous system and brain”

“I like to use the vape pen after sparring sessions and use the 400mg Full Spectrum Hemp oil before bed. I will also take the hemp oil capsules with my meals.”

Mearns describes his most standout moment of his MMA career so far as when he won the Almighty Fighting Championships Amateur Featherweight British title at the O2 Academy in Leeds. Taking the glory in the 2nd round with a stunning head kick following by an amazing crowd response and an electric atmosphere- a far cry from his full-time Monday to Friday job for Network Rail. This moment rounded off his amateur career allowing him to move on to the professional ranks.

He said: “Fighting is incredibly tough physically and mentally, it can also be the loneliest sport in the world when training for a fight it’s very easy to become isolated from friends and family because of the commitment you have to make to your training”

“I am truly blessed to have my brother by my side and me by his every time one of us competes.”

So what’s next for the rising star? Richard said his current goal is to keep climbing the professional ranks and to keep on winning. With six amateur MMA Wins and one professional win, he said: “No matter what, one thing my fans can always expect from me is skilful and courageous performance.”

Inspired by martial artists like Jackie Chan and Tony Jaa eight-year-old Tom Mearns had a vision. He wanted to become extraordinary. He let his heart be his guide and seventeen years later he remains an undefeated professional MMA fighter. 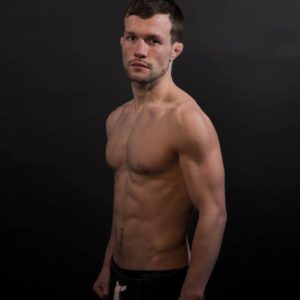 Tom’s journey started with Taekwondo which he attended from early age alongside his twin brother Richard who is also a professional mixed martial arts fighter. When Tom was 16 he began MMA where he has gone from strength to strength.

He said: “The journey has incredible so far. I have learnt so much about myself along the way. It has also been extremely challenging but without a doubt it has been a journey rich in experience for me and Richard.”

When talking about relationship with his twin brother, Tom said: “It has been great to compete alongside Richard. He always helps me throughout my fight camps. I am forever grateful for our deep bond”

“We are most definitely each other’s greatest support. There is nothing quite like it.”

The 25-year-old from Milton Keynes first heard about CBD Life UK from his brother Richard as he was researching supplements that could support our health and goals. He said: “So far I am using the vape pen, CBD oil and the capsules. The Pen I like to use straight after training and I like to have the oil before I go to bed. I also hope to try other products in the near future”

“Since using CBD Life UK products I feel as though it has improved my sleeping. I also always make sure that I have it on hand after sparing to help keep the inflammation of my body under control. I can’t wait to see more results in weeks to come.”

Despite suffering a huge set-back due to injury as well as other changes going on in his life along the road to success Tom recalls the debut of his professional career to be the most pivotal moment in his life so far. He said: “In the face of adversity I still persevered and gave one of my best performances to date.”

If he isn’t spending time with family and friends on his days off, Tom is a dab hand in the kitchen and enjoys cooking.

With five professional wins and no losses Tom is scheduled to fight again on the 9th of December in his 6th professional MMA fight.