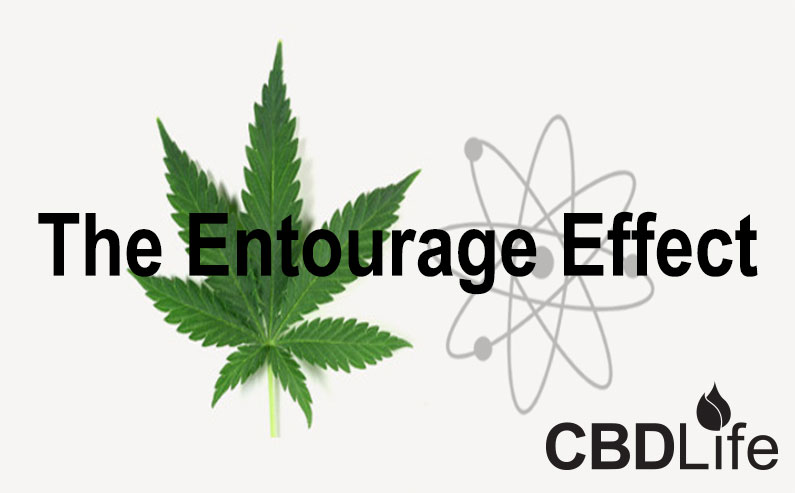 What is The Entourage Effect? Well, what gives cannabis its phenomenal character, is the hundreds of other compounds it contains.

Unlike most medicines, cannabis contains a huge range of compounds. In fact, scientists have actually identified over 60 of the molecules in marijuana which are known as cannabinoids (including the well-known CBD and THC). Many other non-cannabinoid compounds are also produced by the plant that have direct effects too. In other words, cannabis is made up of thousands of different chemicals that work together to produce different effects. Change the recipe and you change the effect!

Although science has not yet proved an exact role for each and every compound, the evidence that these compounds work better together than insolation is most certainly increasing. This is known as The “Entourage Effect.”

The “Enoutrage Effect” happens when hundreds of these natural components in the cannabis plant interact with our bodies to produce stronger influence on us than one part of the plant being used alone. If you have a close look at your cannabis buds what you will notice is that they’re covered in sticky crystal dust. These, are what contain the essential compounds known as cannabinoids and terpenoids (the part which contributes to the smell and taste).

Some other drugs do seem to work well as single compounds, however, Professor Raphael Mechoulam suggests that cannabis offers the most outstanding aids as a WHOLE plant. In other words, ALL of the components of the cannabis plant likely have some beneficial effects, more than any single compound alone (if different strains are separated). It could be that multiple individual compounds play a role, or it could be due to their interaction in the body; it could also be combination of both.

Many people go out of their ways to try and create single compound cannabis medicines but, studies have shown this is LESS effective than using the whole plant extract because what the most powerful part of cannabis is, is the combination of different elements in the plant and the different effects they have on different people.

We call the interactive cooperation between cannabis the “Entourage Effect” as it puts emphasis on not only CBD or THC but also other useful cannabinoids and terpenes which are all of equal importance.

It’s about modifying the way in which they combine, or if you like, changing “the recipe”, which will mean that the effects on the consumer are different.

So, in conclusion, what is The “Entourage Effect”? It’s the sum of all the parts that leads to the magic or power of cannabis!

The Difference Between Hemp and Cannabis

5 ways to ensure you are buying quality CBD Oil

December 19, 2017
We use cookies on our website to give you the most relevant experience by remembering your preferences and repeat visits. By clicking “Accept”, you consent to the use of ALL the cookies.
Cookie settingsACCEPTREJECT
Manage consent